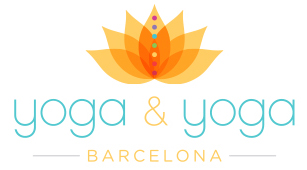 Mariona finds an inspiration for life in the practice of yoga. She has been practising yoga since 2004 and the three last years she has focused more on Yin yoga practice. She has been teaching since 2008.

She took her Yin Yoga training with Jose de Groot and Sara Powers. Yin yoga practice gives a whole new dimension to her practice. Before she practised Iyengar yoga, Hatha Yoga, Hatha Vinyasa Yoga and other styles with many teachers in Europe and India. She found in Iyengar yoga the technical precision to lead her classes from a solid anatomical basis. Her first Yoga training was in Mandiram Barcelona in 2008. Since then she combines her continuous learning and training with teaching.

She studies Vedanta (Hindu philosophy, the yoga basis) in India on a regular basis guided by her Master Swamini Pramananda. Mariona is a co-founder of Purna Vidya Europe, a non-profit organization that creates Vedanta study groups in Spain, Germany and the Netherlands under Swamini Pramananda's supervision.

She has also worked as a therapeutic pedagogue in the field of children's psychiatry in hospitals for more than nine years.